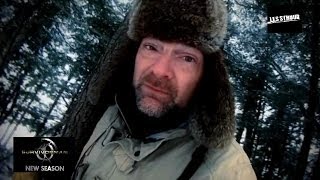 Survivorman is a Canadian-produced television program, broadcast in Canada on the Outdoor Life Network, and internationally on Discovery Channel and Science Channel. The show aired three seasons and 4 specials – 2004, 2007, 2008, and 2012. The title refers to the host of the show, Canadian filmmaker and survival expert Les Stroud, who used survival skills and knowledge to survive for up to ten days alone videotaping his adventures in remote locales where he brought with him little or no food, water, or equipment. According to the show's website, each location was scouted and pre-planned extensively by Stroud and his team who consulted with survival specialists and natives of each area. The fact that Stroud spent his time alone without a production crew is a major focus of the show.