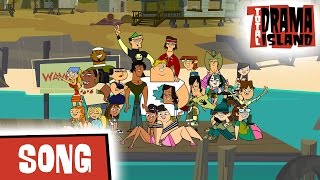 Total Drama Island focuses on twenty-two teenagers' arrival at Camp Wawanakwa to compete on a reality television show. The contestants are divided into two teams and must compete in challenges every three days. While the winning team earns invincibility, the losing team has to vote off one of their own players. Whoever is voted off must walk the Dock of Shame to the Boat of Losers and leave the island. The teams eventually dissolve and the elimination process continues until the last contestant standing wins a grand prize of $100,000.

Currently you are able to watch "Total Drama Island" streaming on Netflix.