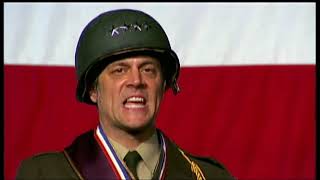 The crew have now set off to finish what as left over from Jackass 2.0, and in this version they have Wee Man use a 'pee' gun on themselves, having a mini motor bike fracas in the grocery mall, a sperm test, a portly crew member disguised as King Kong, as well as include three episodes of their hilarious adventures in India.

66%
Genres
Comedy
Runtime
1h 4min
Age rating
MA15+
Director
Jeff Tremaine
Under the new EU law on data protection, we inform you that we save your history of pages you visited on JustWatch. With that data, we may show you trailers on external social media and video platforms.