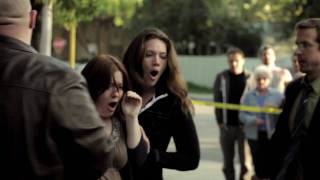 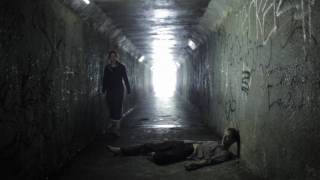 Tricia's husband Daniel has been missing for seven years. Her younger sister Callie comes to live with her as the pressure mounts to finally declare him 'dead in absentia.' As Tricia sifts through the wreckage and tries to move on with her life, Callie finds herself drawn to an ominous tunnel near the house. As she begins to link it to other mysterious disappearances, it becomes clear that Daniel's presumed death might be anything but 'natural.' The ancient force at work in the tunnel might have set its sights on Callie and Tricia—and Daniel might be suffering a fate far worse than death in its grasp.

Absentia streaming: where to watch online?

5.8 (17k)
Genres
Horror, Mystery & Thriller, Science-Fiction, Drama
Runtime
1h 32min
Age rating
R
Director
Mike Flanagan
Under the new EU law on data protection, we inform you that we save your history of pages you visited on JustWatch. With that data, we may show you trailers on external social media and video platforms.