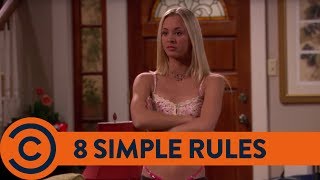 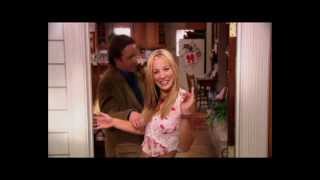 8 Simple Rules is an American sitcom television series originally starring John Ritter and Katey Sagal as middle-class parents Paul and Cate Hennessy, raising their three children. Kaley Cuoco, Amy Davidson and Martin Spanjers co-starred as their teenage kids: Bridget, Kerry and Rory Hennessy. The series ran on ABC from September 17, 2002, to April 15, 2005. The first season focused on Paul being left in charge of the children after Cate takes a full-time job as a nurse, with comedic emphasis on his often strict rules concerning his daughters and dating. The series' name and premise were derived from the book 8 Simple Rules by W. Bruce Cameron. While 8 Simple Rules was renewed for a second season and production had begun, Ritter's sudden death in September 2003 left the series in an uncertain position. After a hiatus, the series returned with killing off his character. James Garner and David Spade later joined the main cast as Cate's father Jim Egan and her nephew C.J. Barnes.

Currently you are able to watch "8 Simple Rules... for Dating My Teenage Daughter" streaming on Disney Plus or for free with ads on ABC.