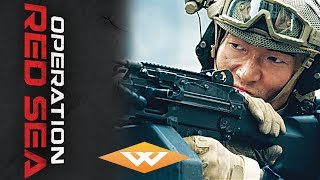 A squad of the Jiaolong Commando Unit - Sea Dragon, a spec ops team of the Chinese Navy, carries out a hostage rescue operation in the nation of Yewaire, on the Arabian Peninsula, and fiercely fights against local rebel groups and Zaka, a terrorist organization.