Only the avatar can wield the power of all four elements. However, this power comes with the responsibility to maintain the world’s balance. Avatar Aang has been frozen for 100 years and his unexpected disappearance has had severe consequences. The fire nation has spread their empire across the globe. Now that Katara and Sokka have discovered the avatar’s whereabouts, can this group of friends restore balance across the four nations?

Avatar: The Last Airbender is a an action packed remake of the animated series of the same name. Avatar Aang, the last known airbender, returns to life after being frozen for a century. Playing him is Gordon Cormier, a young Canadian actor known for his work in The Stand, a fantasy series based on a novel by Stephen King.

Other cast members of Avatar: The Last Airbender include Kiwawentiio Tarbell, who plays Katara, Ian Ousley, who plays Sokka, Dallas Liu, who plays Zuko, and Daniel Dae Kim, who plays Fire Lord Ozai. Kim rose to prominence playing Jin in the mega hit 2000s series, Lost. James Sie who voiced the fan-favourite character of the cabbage merchant in the animated series, returns for the live-action version.

Where to stream Avatar: The Last Airbender?

Avatar: The Last Airbender will be released exclusively on Netflix and will be available to stream in December 2022. 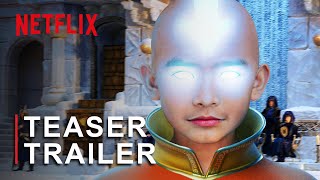 Avatar: The Last Airbender will be available to stream on Netflix. The release date is yet to be announced, but you can stay updated by tracking this TV show on JustWatch.