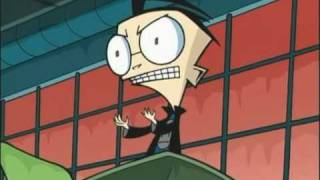 Invader Zim is an American animated television series created by Jhonen Vasquez. The show premiered on Nickelodeon on March 30, 2001. The series involves an extraterrestrial named Zim who originates from a planet called Irk, and his ongoing mission to conquer and destroy Earth. His various attempts to subjugate and destroy the human race are invariably undermined by some combination of his own ineptitude, his malfunctioning robot servant GIR, and a young paranormal investigator named Dib, one of the very few people attentive enough to be aware of Zim's identity.